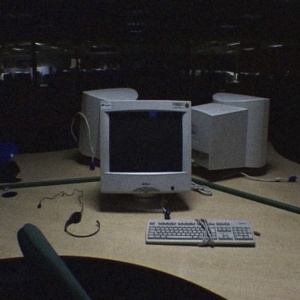 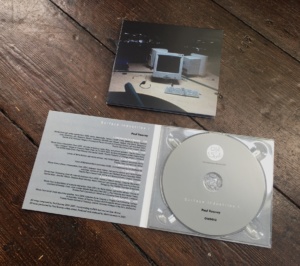 Owd Scrat Records press release: “Rooney’s second solo album is a move away from the eclectic DIY post-punk of 2017’s ‘Futile Exorcise’ towards voice, piano and electronics led skewed ambient pop. As it’s title suggests, this new album’s tracks are themed around service industry jobs (it is the first of two albums on this theme), particularly the transient vocal interactions of everyday call centre work, as well as the humanity and humour that endures through it all. The lyrics of the pieces often use interviews or texts from the workers themselves, made during the early to mid 2000’s.

Stay Polite is a deeply emotive male voiced hymn to the abuse filled day of a female taxi company phone operator, featuring a beautifully fragile lead vocal by acclaimed folk singer Jackie Oates. On the album’s longform spoken word piece, Words and Silence, softly insistent modular synth tones accompany an Indian call centre worker leaving a message – of invented personas and time-as-commodity – on an answer service, creating an extended moment of mysterious confabulation for the eventual listener (us). As well as phone interactions there are two pieces about the text based interplay of email conversations and chat-rooms. The latter, Don’t Throw Up On Window Sills, being a kind of chamber opera about a gardening chat group celebrating the return of a missing cat, imbued with the melancholy of obsolescence (the chat-room fad itself is all but extinct). The album is a poignant, reflective encounter with everyday failures, everyday battles, and everyday resistances, pertinent to our precarious times.”

“These eight tracks have been created over a period of two decades, mostly using texts derived from call centre operatives. They occupy a space where folk music might have developed, up to that juncture when meaningful tradition and continuities of locality dissolved into the glacial wastes of cyberspace, global capitalism and the unsolicited sales pitch.” Julian Cowley (The Wire magazine). Oct. 2021.

“Curiosity was twigged by a Wire magazine review… I was expecting something far less accessible based on the review… surprisingly accessible and compelling.” Nate Champion (Thumped website and forums). 28/12/2021.

“It’s a great thing. Paul Rooney, always up to something good…” Michael Fenton (Fenny), On the Wire (Otwradio on Mixcloud and occasionally BBC Radio Lancashire). 18/9/2021. 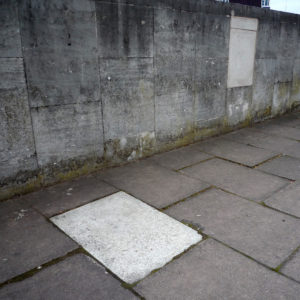 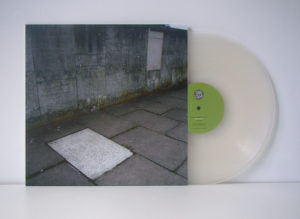 “The best album you will hear this year, which was released last year…” Slobodan Vujanovic (Mislite Mojom Glavom blog in Serbian). Sept. 2018 review of the work.

“…reimagining Flann O’Brien’s best work as wayward post-punk. Between the kitchen sink tragedy of a cuckolded ghost witnessing his wife’s new fellah wearing his very own ‘Sunday Best’ and his final metamorphosis into the contents of a trumpet’s ‘Spit Valve’, Rooney’s transmigration is a strange and beautiful journey through the bardo realms…” Stuart Marshall (The Sound Projectorblog). 31/12/2017 review of the work. 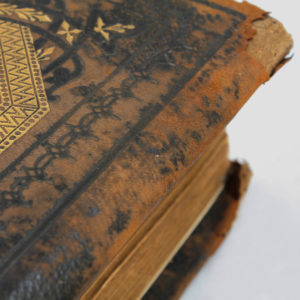 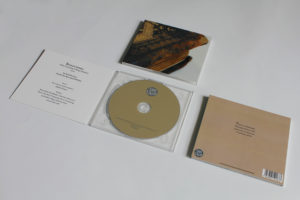 A Victorian child shoplifter on trial sings her daydreams amidst a musical collision of shimmering pop synths and rowdy courtroom shouting. Her spirit is summoned out of stolen fragments (a court report, a Jean Genet novel, memories of childhood, a Victorian hymn), and she seems all too aware of her transformation from a voiceless youth into a new entity: a sparkling self-mythologizing bad-girl teen-pop diva construct, shaped out of these ‘lying words’. Lola de Witte-Still remixes what was originally a Paul Rooney sound installation (this is his first single since Lucy Over Lancashire) to create a shiny kick-driven experimental-pop single cum mini-opera.

“Last heard from Rooney himself with his Futile Exorcise record, which was likewise an attempt to give voice to lost and forgotten souls (dead ones, in that case), so this collaboration with Creeping Things is evidently in keeping. An ingenious construct…” Ed Pinsent (The Sound Projector blog). 23/9/2020 review of the work.

“I love that, and I hope you did too, Stolen Things, new from Paul Rooney…” Stuart Maconie, Stuart Maconie’s Freak Zone (BBC 6 Music). 5/1/2020 radio broadcast of the work.

“That fantastic thing was Stolen Things (The Creeping Things Remix) by Paul Rooney.” Fenny, On the Wire (BBC Radio Lancashire). 20/10/2019 radio broadcast of the work.

“Stolen Things buzzes with exuberant crowd noise, while naive unaccompanied singing blends into robotic contemporary vocals… Propelled by a youthful joyfulness, it sounds as though there’s a joyous energy in resisting authority and oppressive power structures.” Tessa Norton (The Wire magazine), May 2019 review of the original museum installation work. 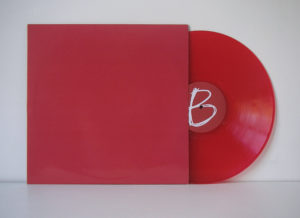 The track was originally commissioned by Touchstones, Rochdale. and first broadcast on 18th November 2006 on the Radio Lancashire programme On the Wire, whose longstanding commitment to dub reggae provided one of the inspirations for the piece. The original red vinyl 12″ was released by SueMi Records, Berlin, in 2007. It notably reached the top 5 of the Dandelion Radio Festive Fifty of that year and received enthusiastic support from Huw Stephens (Radio 1), Marc Riley (6Music) and Steve Barker (Radio Lancashire) amongst others. A CD re-issue on Owd Scrat Records came out in 2014, and a CD remastered version in 2017.